Some of the Other Services and Products we can offer you. 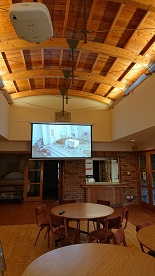 We are getting many more enquiries now for installing a Live Video feed to an adjacent room that is often used through a normal Service. By Installing a fixed camera in the church we can relay the service through to a projection screen in the Hall. We also often fit a connection point in the Hall so Video content can be viewed independently for use when the Hall is hired out etc. Many are holding Film nights and demonstration evenings when the projection system can be utilised to the full

The photograph shows a Projector mounted in the ceiling timber work and an electric drop down screen mounted at one end of a Community Hall which is part of a Church in Leicester. We fitted a HDMI input point in the hall for the users to hold Film evenings.

Live and on Demand Audio/Visual Streaming. 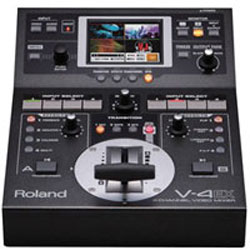 We are getting many more enquiries now for Live and On Demand Streaming services. After seeing and trying out various makes of equipment and services we have found the Roland range of audio/visual mixers to be both versatile and easy to use. If you have your own website, live links can be set up to direct viewers to your service as it happens live or indeed can be available for viewing on Demand at a later date as and when required. You will of course require a broadband connection at the location you wish to transmit the A/V stream from. A simple system can consist of a single camera feed along with an audio feed from your sound system. A laptop is set up to run the very simple to use streaming software. Once the service starts your Audio and Video feeds are live on the internet for any interested parties to view. Another option is to record the service and this can be made available 'on demand' to be viewed at any time. As technology improves we will have the option of using the new 4G network to upload the audio visual stream instead of a fixed broadband connection. If you require more camera feeds that is not a problem, the Roland video mixer enables easy fades from one camera to another and you can even overlay titles and other images. 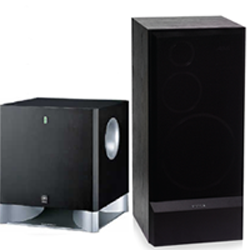 An example of some of the more specialist work we do is supplying the Altus 300 range of speakers along with Yamaha Sub woofers and Yamaha amplification to provide sound of sufficient volume and quality for the new computer based electronic church organs. With multiple channels of audio being fed into multi channel amplification and then to a number of Altus 300's and also Sub woofers to accommodate the lowest frequencies. We have recently installed 8 x Altus 300's and 2 x Yamaha Subwoofers on Trial in a local church for demonstration and testing of a new Electronic Church Organ.

Temporary Over spill sound / Outside sound. 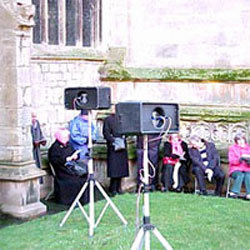 We can Hire you additional sound equipment, catering for the larger ceremonies where overspill is expected, complete with the reassurance of an engineer on hand to assemble, operate and disassemble for added peace of mind. If you have a Keystone Sound System in your church we can feed directly from the system all sound sources so people outside can hear exactly the same as the people within the church. If you have your own Sound system already we can usually take a feed from this for the exterior sound but may need to inspect you system to make sure there is a suitable connection available. 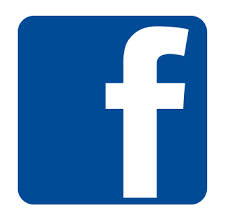 We have now installed systems all over the country ranging from Cumbria to London. Some of our Larger installs can be seen in such places as St Barnabas Cathedral in Nottingham. We have recently installed a system in St Botolphs - Boston Stump. See the Gallery page for photographs

Things you can do 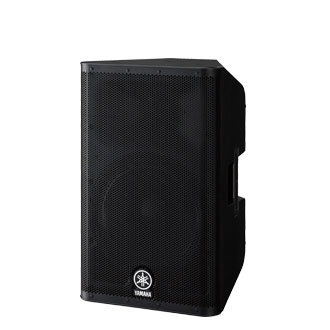 Yamaha Powered speakers can provide excellent quality sound reproduction fed only from a line level signal and a mains power point. We use these for the HT400 Hymnal where there is no sound system available or when we need a temporary sound system.